PRESS CLIPPING REGARDING DISCONTINUING OF DOMICILE CERTIFICATE IN PUNJAB PROVINCE


As per the Press Clipping regarding discontinuing of Domicile Certificate in the Punjab Province. Due to receiving of lot of complaints regarding facing of increased difficulties to obtain Domicile,
Government of the Punjab decided to discontinue the Domicile in the Province. The permanent address on the Computerized National Identity Card (CNIC) will be considered as Domicile. Notification is this regard is expected in the month of November.

Copy of the Press Clipping 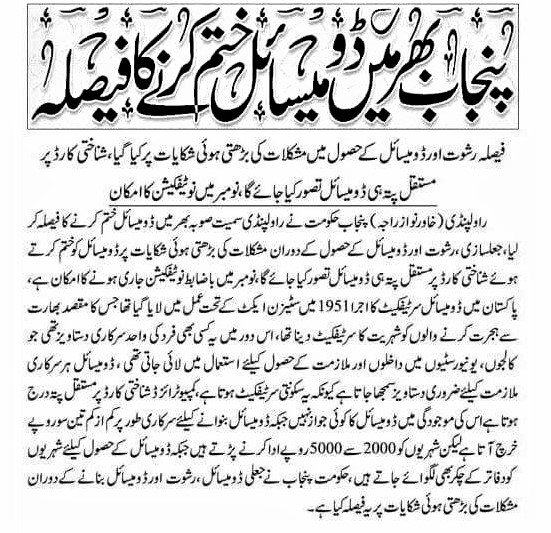