The rate of profit on deposits and on balance at the credit of the subscribers to the General Provident Fund and similar other Funds for the year 2016-17 was fixed under Finance Division's Resolution No.F.2(1)/2014-455 dated 22.08.2017 @ 11.30% per annum.  It has now been decided that the rate of profit applicable to the subscriptions and the balances in the various Provident Funds during the financial year beginning on the 1st, July, 2017 shall be 11.70% per annum. The funds concerned are:-

Necessary instructions regarding the rate of profit applicable to the balances in the various Provident Funds under the control of Ministry of Railways and Ministry of Defence for the year in question will be issued separately by these Ministries.

Ordered that the Resolution be published in the Gazette of Pakistan. 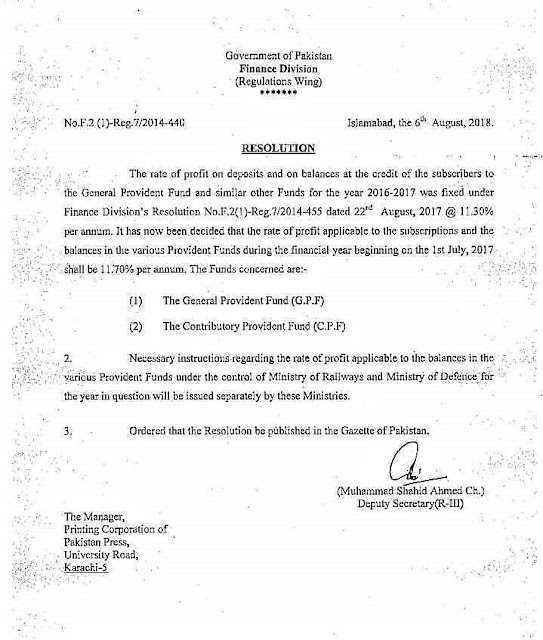