IMPERSONATION AND FAKE CALLS BY USING THE NAME OF CHIEF MINISTER

I am directed to inform that reportedly, name of the Chief Minister, Punjab is being misused in different offices of Punjab by fake telephone calls. All departments offices are directed to verify and confirm the authenticity of telephonic directions from the Chief Minister's Office before compliance of any sort. 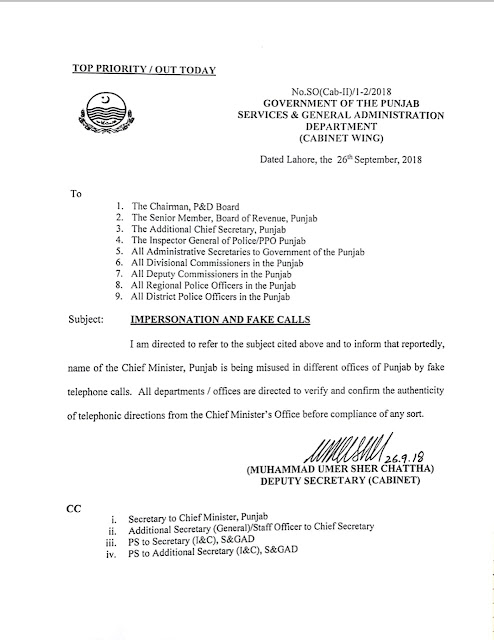