NOTIFICATION REGARDING CLARIFICATION ABOUT INSPECTION ALLOWANCE OF ASSISTANT EDUCATION OFFICERS

In the light of the position above, the Accountant General, Punjab has now been pleased to order henceforth as under:-


(This issues with the approval of Accountant General Punjab) 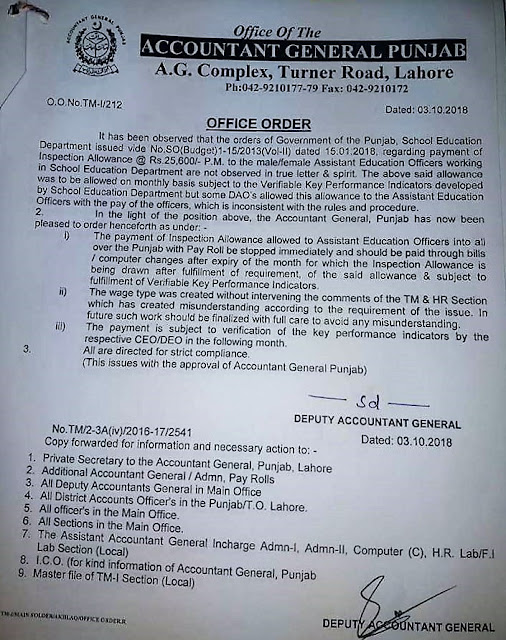