I am directed to refer to the subject and to state that the Competent Authority has taken a serious notice of the violation of provisions of Rules 19 and 29 of the Government Servants (Conduct) Rules, 1966. Some officers (BS-17) are persisting in bringing extraneous pressure on concerned authorities in respect of their posting, transfer and other conditions of service. This amounts to “Misconduct” which means conduct prejudicial to good order or service discipline, or conduct unbecoming of an officer and a gentleman. It includes any act on the part of a civil servant to being or attempt to bring political or other outside influence directly or indirectly to bear on the Governor, the Chief Minister, a Minister, or any Government Office in respect of any service matter.

The Competent Authority has taken serious view of this situation and it has been decided that any Government servant indulging in such activities shall be severely dealt with. As a general rule besides any other action that may be considered necessary in individual case a note regarding violation of aforementioned rules and instruction, shall be straightway placed in the C.R. Dossier of the concerned office. Particular care should be taken about violation in matters of posting and transfers.

I am further directed to request that attention of all concerned may be drawn to the instructions already issued vide Regulations Wing, S&GAD`s Circular No,SOR-IV(S&GAD)1-3/82 dated 06.06.1982, for strict compliance (copy enclosed). 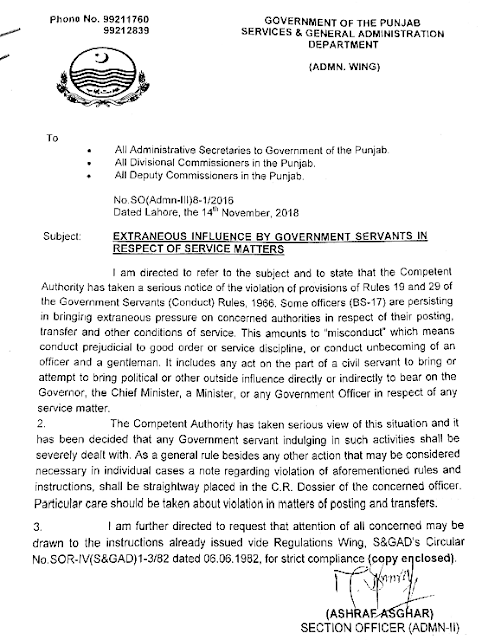 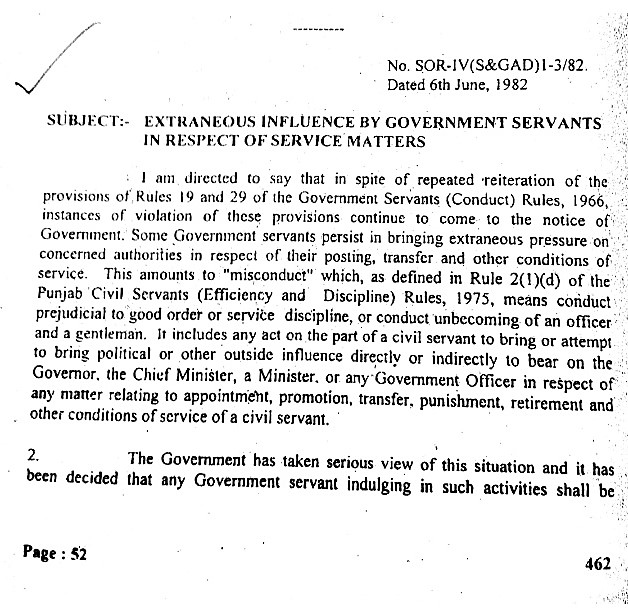 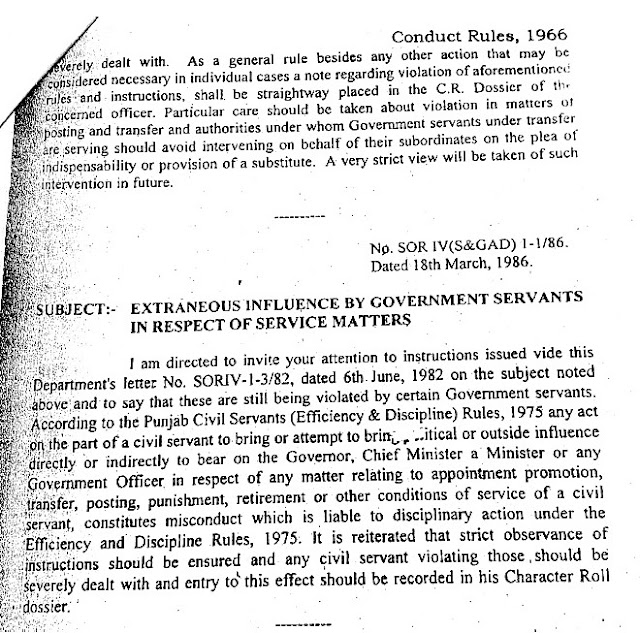