GRANT OF BPS-17 TO THE SUPERINTENDENTS IN THE FEDERAL GOVERNMENT 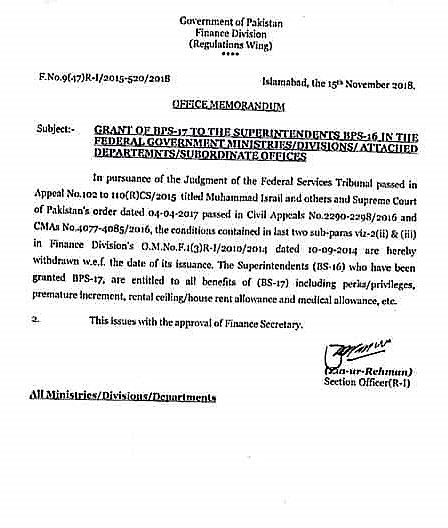