INCLUSION OF ALL ACCOUNTS POSTS IN MINISERIES, DIVISIONS AND DEPARTMENTS OF FEDERAL GOVERNMENT

November 26, 2018
Government of Pakistan, Office of The, Controller General of Accounts, Islamabad issued a notification regarding inclusion of all Accounts Posts in Ministries, Divisions and Departments of Federal Government in the existing posts of CGA Organization. 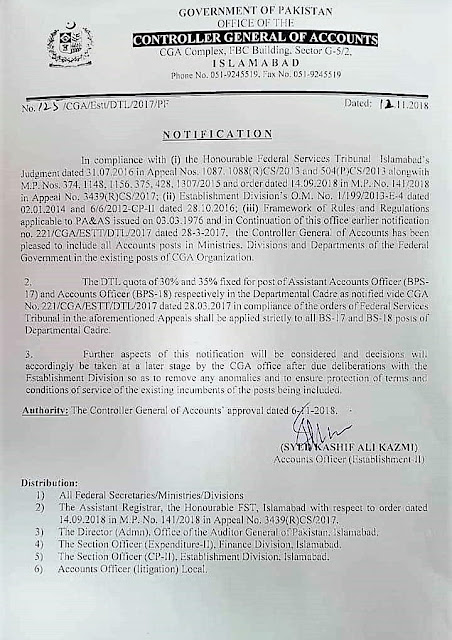