NOTIFICATION REGARDING MINIMUM QUALIFICATION FOR THE POST OF STENOGRAPHER

In the Punjab Civil Secretariat (Ministerial Posts) Service Rules, 1982, in the Schedule, at Sr. No.8 against the post of Stenographer (BS-15), for existing entries in column 5, the following shall be substituted: 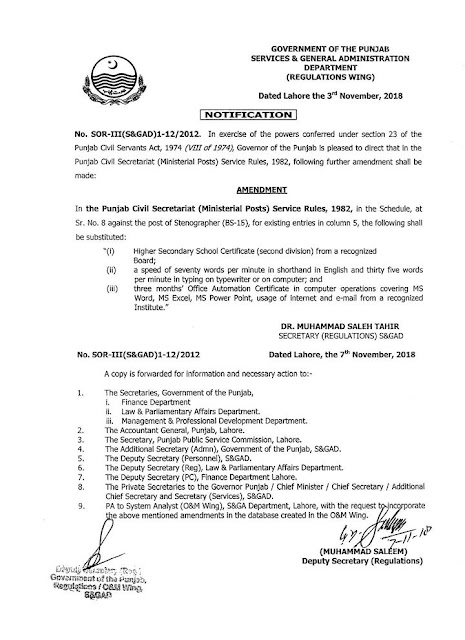