CLARIFICATION REGARDING REGULARIZATION OF CONTRACT EMPLOYEES

The case has been examined by Regulations Wing. S&GAD and it is observed that:-


Administrative Department may move ahead accordingly. 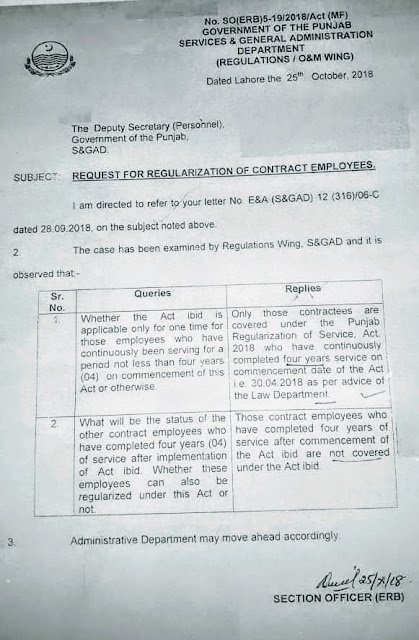