It is informed that in view of the clarifications given below, your request for regularization of contract appointment is not covered under the policy:- 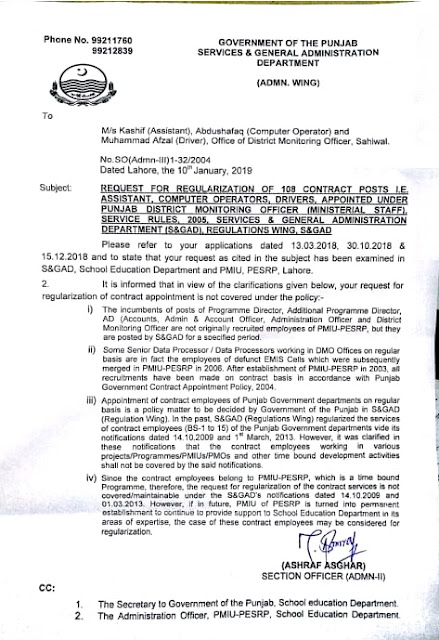