Detail:- In order to further streamline the matters pertaining to promotion of Government employees, the Chief Minister has been pleased to approve the amendment in para 9(1)(iv) of the Promotion Policy 2010 as under:
Further necessary action may be taken accordingly. 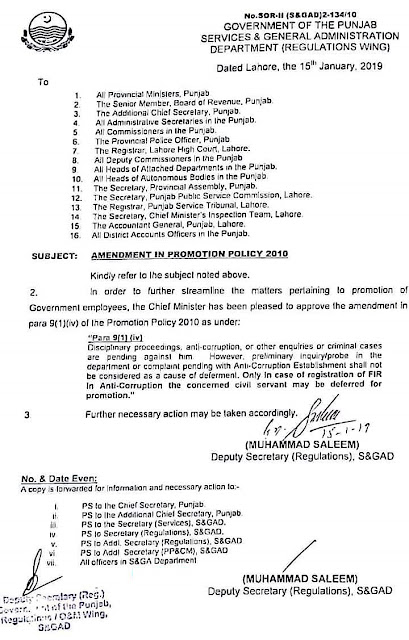