CLARIFICATION REGARDING UP-GRADATION OF COMPUTER PERSONAL

May 24, 2019
Accountant General Punjab issued a letter for seeking clarification regarding up-gradation of Computer Personal on Recommendations of the Committee Headed by the Additional Chief Secretary.

It is submitted that different Pay Scales are being used for the post of Computer Operator which was came to an end by issuing the above letter and revision of designation which is a best effort regarding adoption of a uniform policy. But it has been seen that still there are some misunderstanding found in the above referred circular letter dated 14.12.2018 and other similar letters regarding the change of nomenclature of the posts. This office has observed that:

A clear cut letter and comprehensive reply may kindly be made as the concerned employees are pressing hard for payment. Similar is the situation in case of posts of Store Keeper etc. which may also be considered accordingly. 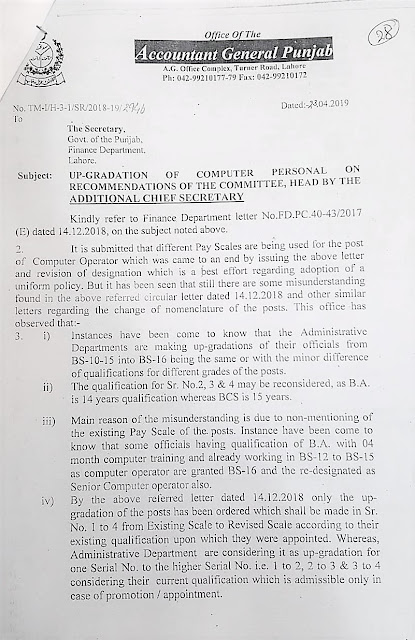 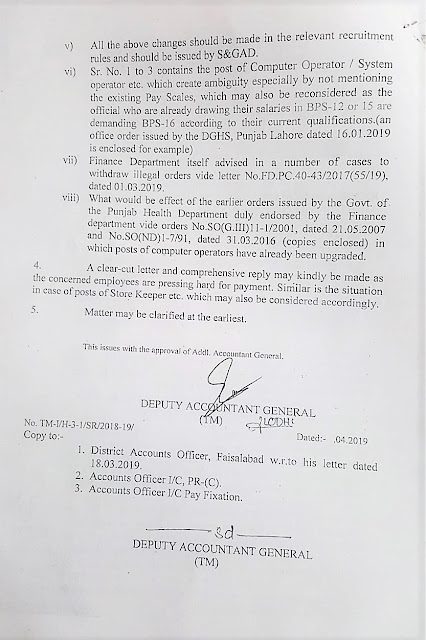