On the approval of the competent authority, the Government of Gilgit Baltistan in exercise of the powers conferred upon it under section 5 of the Land Revenue Act, 1967 is pleased to notify the following four Sub-Divisions as separate Districts of Gilgit Baltistan having the same territorial jurisdiction / boundaries as earlier:-

It is clarified that the Revenue Division: Police Ranges - Subdivisions - Tehsils and Sub Tehsils / Niabats shall remain the same as previously. 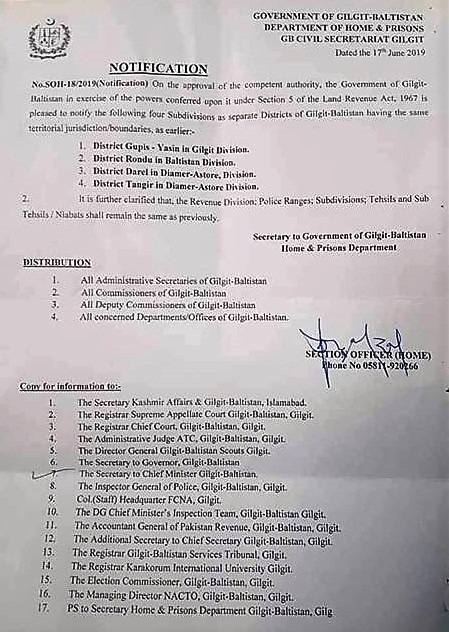