EXTENSION OF CONTRACT OF SSEs / AEOs OF DISTRICT HAFIZABAD 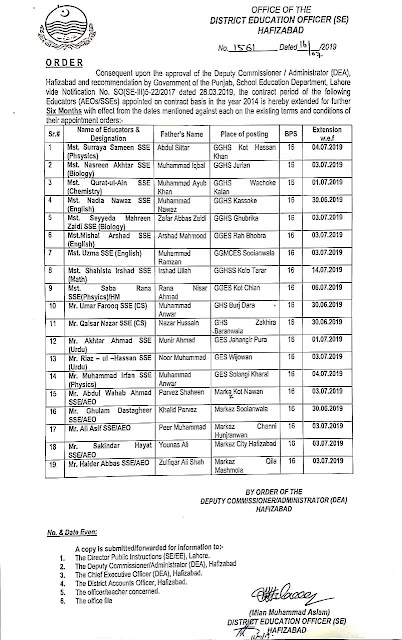 REVISION OF UTILITY ALLOWANCE IN FAVOUR OF THE DISTRICT JUDICIARY

Government of the Punjab, Finance Department issued a notification regarding revision of rates of utility allowance in favour of officers / ... 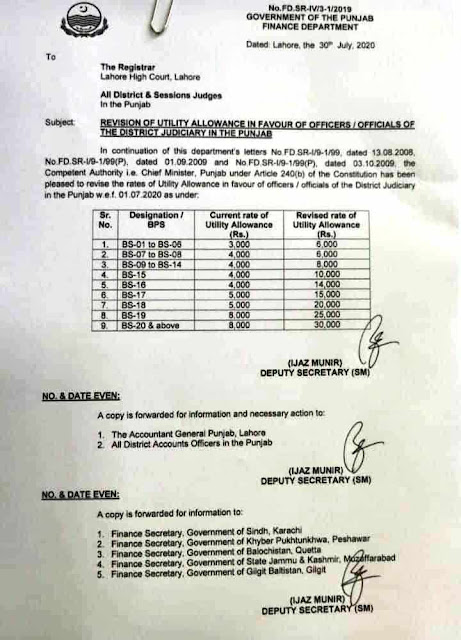 MEASURES TO CONTROL OUTBREAK OF CORONA IN OFFICES OF PUNJAB