RULES FOR GOVERNMENT SERVANTS TO PARTICIPATE IN ELECTRONIC, PRINT AND SOCIAL MEDIA PLATFORMS

Various instances have come to the notice of this Division that Government Servants participate in electronic, print and social media platforms to air their views on a variety of subjects. However, it has been observed that in many such instances, procedural requirements under the Government Servants (Conduct) Rules, 1964 are either not complied with in letter and spirit, or in many cases, totally ignored.

All Federal Secretaries/ Additional Secretaries (Incharge) / Service & Cadre Administrators / Chief Secretaries are requested to ensure implementation of the above rules. 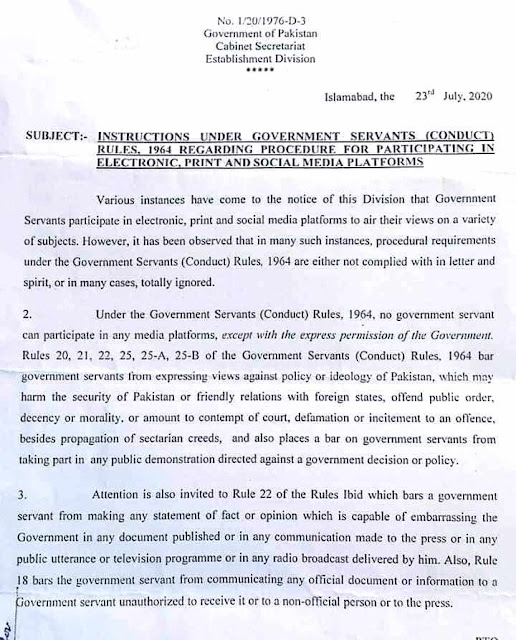 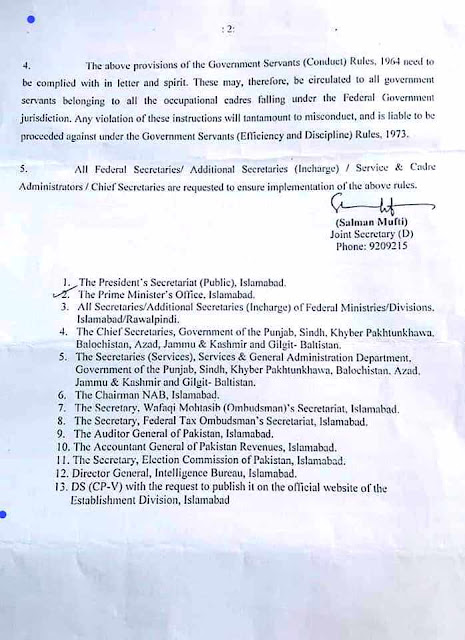