RATES OF DAILY ALLOWANCE ON OFFICIAL DUTY WITHIN THE COUNTRY

October 23, 2020
Rates of Daily Allowances for performing official duty within the country admissible to government employees.
In 2017, Government of the Punjab revised the rates of daily allowance admissible to Government Officials / Officers while on official duty within the country as per following rates:-
Specified stations for special rates as notified from time to time are Hyderabad, Islamabad, Karachi, Faisalabad, Multan, Peshawar, Quetta, Rawalpindi, Muzaffarabad, & Mirpur AJ&K. Henceforth, special rates shall also be allowed at Sukkur, Bahawalpur, DG Khan, Sargodha, Sialkot, Gujranwala, Murree and Northern Areas.
Daily Allowance will be admissible only for the actual night(s) at the outstation for which daily allowance is claimed. Where night stop is not involved and if absence from Headquarters exceeds four hours, half daily allowance will be allowed.
The proposed rates shall not apply where 20 fixed DAs for operational duties are being paid with salary which will be admissible on existing rates. 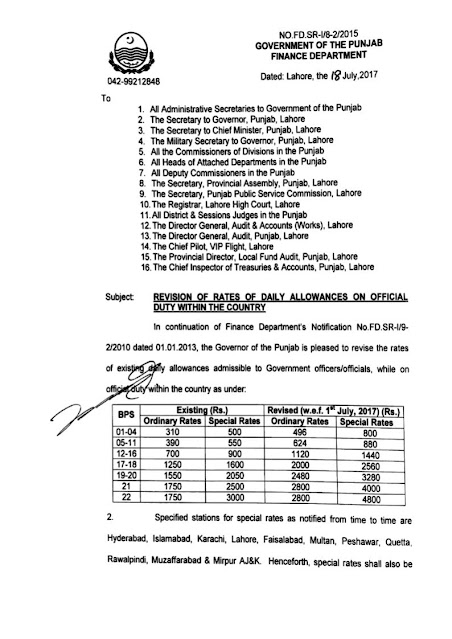 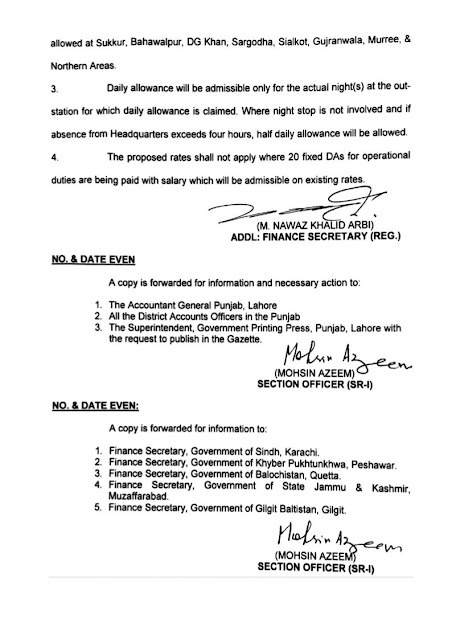