Government of the Punjab, School Education Department issued instructions regarding use of word Promotion instead of Appointed incase of promotion of teachers.

As per Rules ibid the criteria for appointment against the posts of ESTs is as under.

2. 50% by promotion on the basis of seniority-cum-fitness
It has been observed that in few districts upon promotion as ESTs, in the promotion order of PSTs the word 'appointed" instead of "promotion is used, which causes financial issues to the PSTs.

In view of above, it is desired by the Competent Authority that in future upon in-service promotion as ESTs, the word "Promotion may be reflected in the orders of the promotees 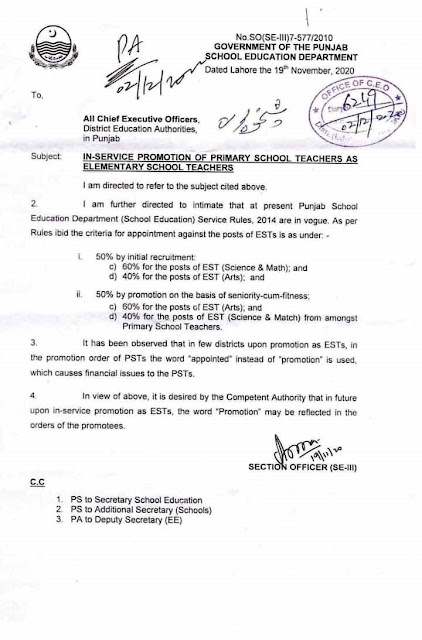