Government of the Punjab, Finance Department issued a notification regarding amendment of sanctioning authority for maternity leave.

In exercise of the powers conferred under Section 23 of the Punjab Civil Servants Act, 1974, Governor of the Punjab is pleased to direct that in the Punjab (Civil Services) Delegation of Powers Rules, 1983, the following amendment shall be made:

In the said Rules, in Appendix 'A', at Serial No.19, in the Table, after Sr. No.(v), the following entries at Sr. No.(vi) under the respective headings shall be inserted: 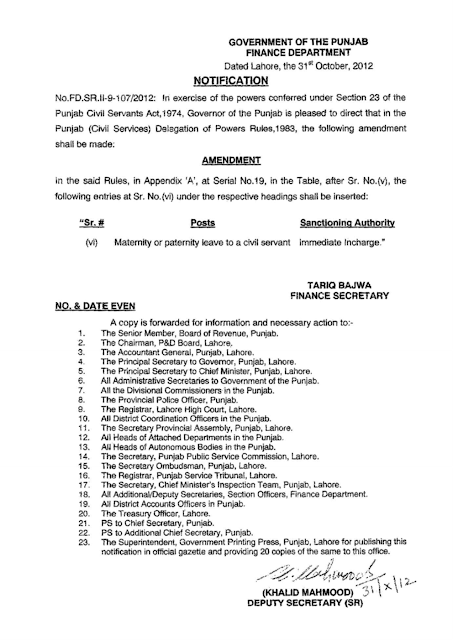