Government of the Punjab, School Education Department issued a policy to name / rename of school in favour of donors of land or a Shaheed etc.

School Education Department quite often receives proposals regarding naming / re-naming of schools in favour of donors of land for schools or his / her nearest kin, or a Shaheed, etc. Competent Authority has been pleased to approve the following Policy on the subject:-

A "Scrutiny Committee” comprising of EDO (Education), EDO (Community Development), concerned DEO and DMO should consider the case of naming of a school on these parameters. The Executive District Officer (Education) after inviting any objection against the proposed naming/re-naming through publication of Notices in the National press, shall forward the recommendations of the Committee to the Secretary Schools with complete documentation through the DCO concerned for further cause of action. 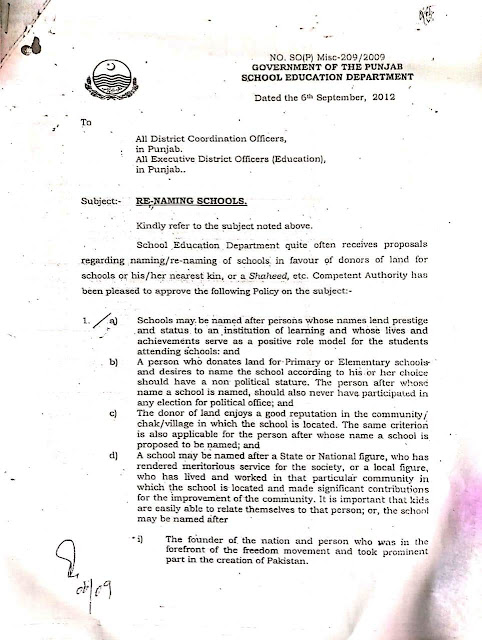 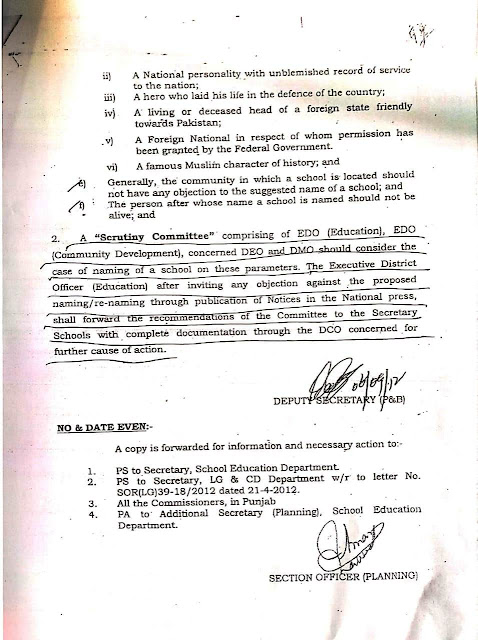